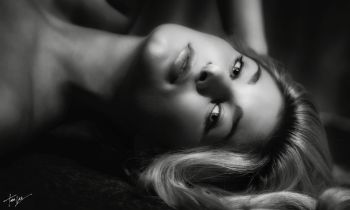 At one time or another we have all reminisced over the glamour and quality of the old black and white images of the 40s and 50s as extolled by the virtuosity of photographers such as George Hurrell, made famous by his work at MGM, Warner Bros and Columbia Pictures.

The technique for shooting this style of photography is quite simple, so why do so many modern-day photographers find it so hard? Hurrell was the first to do it which makes him special, but it all started when he wanted to find a suitable medium for recording his paintings - he was a trained artist. Developing his interest in photography he got a break when his actor friend, Roman Novarro, asked him to take his portrait and who, in turn, showed them to Norma Shearer who showed them to her husband who worked as a production chief at MGM. The rest, as they say, is history. 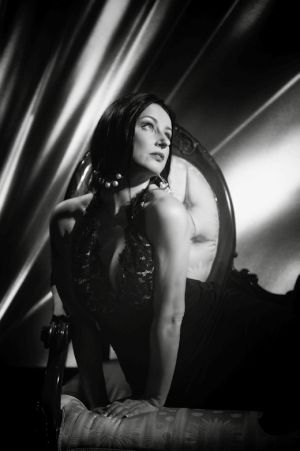 Understanding How He Did It

The key to any photographic technique is to understand the principles first and then break the rules. If we don't understand the rules then any successful image is just a happy accident! Hurrell used the techniques available to him in the 1930s, large-format plate cameras, shallow depth of field and soft film with sharp lenses. No digital cameras here! Lighting was also low tech. The main lights of the day (particularly in the film industry) were large, hot, non-balanced lamps with Fresnel lenses. There was no colour film back then so no need for colour balancing of prints and the Fresnel lenses allowed the light to be focused just where it was needed. With a constant light source you immediately saw the effect of the light on your subject which tended to be strong (not harsh) but generally directional and less diffused than our modern-day equivalents