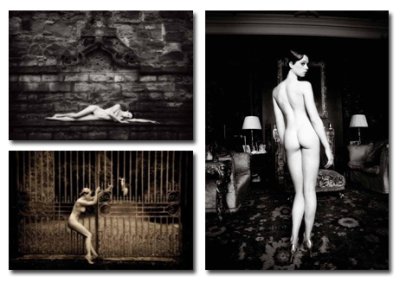 Mike McNamee ponders the scene for 70 years ahead

Since the beginning of time, the male has gazed longingly at the female form. When men stop looking at girls we are in deep trouble and the contemporary generation of children will be the last! This obsession of the female form is reflected in the auction rooms of London and New York. Christie's, for example, had an auction in New York devoted to Icons of Glamour and Style which realised many millions of dollars. Although these auction houses have specialised sales of many types of artefact and image, the female form is always popular both in photography and painting. Given that monochrome is also the overwhelmingly favourite media, it is hardly surprising that the monochrome, female nude is both popular and commercially important. 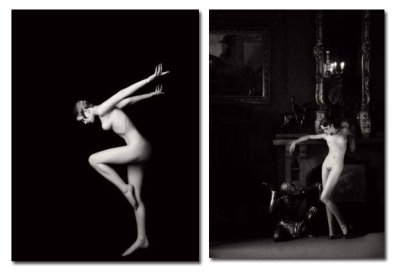 Looking through the November 2008 Christie's sale Photographs shows that 15% of the sales were of naked or near-naked females. The worth of any image is based solely on what people are prepared to pay for it. Intrinsically a photograph is a piece of coated paper. If you were stranded on a desert island it would have use only by virtue of what you might fold it into - a cup or a hat perhaps? Why anybody would pay the estimated £2,000 to £3,000 for Manuel Alvarez Bravo's Venus, 1977 is a mystery to me unless it were because you thought the value would go up, or you wanted additional bragging rights. Artists and photographers have had a habit over the years of photographing/painting their current lover and they do not always stand the test of time! The bidders obviously agreed with me and the lot remained unsold. Other images did sell quite well. Horst P Horst's Round The Clock 1 went under the hammer for £8,750, almost two grand above the upper estimate. It was at least an attractive shot of a shapely pair of legs.

All this leads me to ponder how the current crop of nude photographers will be faring at auction in 2080. Will the work of Faye and Trevor Yerbury or Damian McGillicuddy eventually start to be knocked down for thousands of pounds? Many of the images sold at Christie's were the gentlemen's relish of their day so it is not too fanciful to imagine that a Yerbury or McGillicuddy will rise to fame in this way. It is interesting to imagine how some of the material in the auction catalogues would score in competitions today, I fear they would not do very well. Today's best work is more polished, more edgy or equally beautiful - the models are certainly prettier by some way with their toned, gym-fit bodies!

If these images come to auction in 70 years' time how will the buying public view them and how much will they be prepared to pay for one? The image above is classical in approach and content although the model is considerably fitter than in some of the material at auction today. The image on the right is more enigmatic. The black slave gazing upon the naked white woman would have caused huge outrage 70 years ago but how might it puzzle a viewer 70 years hence? Lozie's hair style is a throw back to 70 years ago but what about her second hairstyle? Only time will tell and very very few of us will be about to remember the monchrome special of 2009! LEFT: Perfect poise from the model in an image reduced to the essentials of form and shape.

There are 109 days to get ready for The Societies of Photographers Convention and Trade Show at The Novotel London West, Hammersmith ...
which starts on Wednesday 17th March 2021