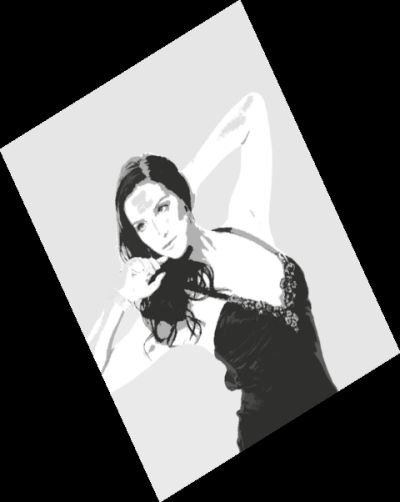 In struggling to find an introduction to the next features we resorted to the web for our research. The two keywords are 'pin-up' and 'retro'. They have different meanings, of course. The pin-up is highly specific and refers to images that were originally pinned-up on the reverse side of the lockers used by working men (and soldiers) to store their outdoor clothes while they worked. Hidden from prying eyes they were considered raunchy in their time, not suitable for public display. The pin-up was adopted by Esquire magazine and, in particular, the work of Alberto Vargas was prominent. Experiences of war, on a world-wide scale, between 1939 and 1945 brought things more into the open and brought liberation on many fronts at its end. Far away, and deprived of female companionship, the pin-up became a substitute for the sweethearts back home. Thus we have the archetypal scene of the American GI with a Betty Grable pin-up on the back of his locker and the style of airbrushing a pin-up on the nose cones of the B29 super fortress bombers. It should be remembered that the 'pin-up' sometimes had to be hidden away in an 'art' or 'health' magazine up until the 1950s.

The genre moved with the times, perhaps typified by the move of Vargas from Esquire to Playboy, with images becoming more explicit. It morphed into the PopArt culture by the 60s, typified by Nagel (1945- 1984) and, by the time we get to 1970, Penthouse showed pubic hair for the first time. This development was slow (1953 Marilyn Munroe - overt nude photography, to 1970 - pubic hair) particularly when compared with the speed and development of web-based pornography, in which we have reached an unhealthy 'anything goes' in a very short time.

A common theme of the pin-up and some of its derivatives is the 'good girl in a bad situation' structure - it's hardly her fault that the playful puppy has pulled her skirt over her head to reveal her stocking tops. Boisterous wind is an ever-present danger to the pin-up, depicted, often, by the straining umbrella. These excuses gradually vanish as the genre develops with the artsists feeling no need to make excuses for the situations in which the girls are portrayed.

Such is the background to 'pin-up'. 'Retro' is a little more difficult as it takes us back an unspecified amount of time and includes pin-up as well as the 'Hollywood style' of photography, with its specific lighting techniques, slow shutters and soft lenses.

Other than the wise words which follow from Sue Altenburg and Tom Lee, the web is a fruitful place to research your styles, clothing and poses. There are even Photoshop brushes based on 'Vargas' poses: