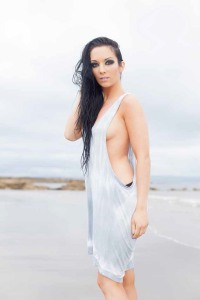 Irish photographer Sean McCormack's background was originally in sound engineering, but he has always loved taking pictures. Working closely with bands gave him the perfect opportunity to break into photography; 'Around the Millennium the bands I worked with began to want photographs for their websites. Since I'd already been doing some web development I started shooting for them too and the rest is history!'

Diversity has been the key to Sean's success throughout a difficult economic period in Ireland. He still splits his time between photography and sound engineering but he's now also an Adobe Community Professional and an author, writing his own books and blogs as well as contributing to various creative magazines.

In fact blogging has been incredibly successful for Sean; he maintains one of the longest running Lightroom blogs around - it's been going since August 2006! Blogging is a notoriously difficult area to make money from but Sean says that it is the side benefits that can really earn money and are often overlooked. 'I got the contract to write a book as a result of my blog and I teach classes. Staying on top of blogging regularly is difficult, but you just have to sit down and do it. I pick a day a month, write the posts and schedule them to publish during the next few weeks.' For many people their blog starts to get stagnant because they run out of ideas for posts and so they eventually stop posting, but Sean has an insider tip; 'I will often use forums and read the questions that people are asking, they're really good places to trigger ideas for posts.' 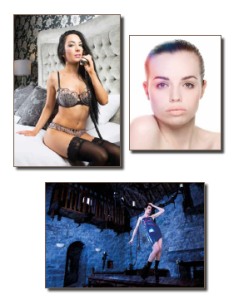 As well as running classes on Lightroom as a spin-off from his blog, he also goes to talk on the subject at camera clubs. 'A few years ago I was the chairman of the local camera club and I tried to bring in lots of guest speakers. I think it's always great as a photographer to get outside views and to learn from other people. I think it's a natural progression that I would do the same thing.' Talking to a group can give a totally different effect to the written word and this is one of the reasons that Sean has recently been video blogging. 'People can't see your presentation when you write so there's something extra you can bring to your audience in a video. I've been having great fun working with The Photographer Academy and creating videos for them, but I've also learnt that you can't please everyone. Sometimes people complain about my accent because it's not what they're used to. What can you do? This is my accent and I can't help that - it's just a combination of all the places I've lived over the years!'

It's important to Sean to be versatile in his approach to taking photographs too. 'I know that Lightroom is a really big part of who people perceive me to be online, but I love lighting.' Going from nightclub photography to portraits on a regular basis means that Sean has to always know the right tool for the job. 'It's good to have different techniques that you can pull out of the bag; it makes you a more versatile photographer. Lots of people will use studio lights or off-camera flash and so when they go outside they try to light every scene - sometimes a reflector just might look better. It's about knowing when a different technique to usual might suit the shot better.'

However, Sean is quick to add that it's not always a case of knowing the gear and the right techniques to make a great shot. 'The techniques you can learn mean nothing if you can't create a shot with impact. Different techniques can help make a photograph, but you have to be putting your knowledge and creative ideas behind it as well. People sometimes forget that you have to work hard at creativity too in order to improve it.' Sean then pointed out to me that Somerset Maugham famously said that he only wrote when inspiration struck but fortunately it struck every morning at nine o'clock sharp - of course the point is that it is amazing what we can do when we force ourselves to try to be creative every single